For several days, a Megathron battleship appeared on the scanners of many visitors of the Isseras system. At first, they thought nothing of it, probably yet another dedicated capsuleer running a string of assignments for the Caldari megacorporations or their subsidiaries.
But as days passed, its persistency on the scanners made people wonder what it was doing, as it was always there, lurking, watching for days, without docking.

Until curiosity got the better of one capsuleer & decided to investigate this strange Megathron. After a fruitless search at various capsuleer structures, it made the mystery only larger as it hinted that this large ship was floating alone through deep space, unmanned...
Considering that a Megathron battleship is a large investment for many capsuleers & for non-capsuleer organisations, leaving such prize unattended warranted further investigations.

Capsuleer Aradina Varren managed to pinpoint the strange Megathron's location & warped to it to investigate closer.
As she inspected the drifting Megathron, she found no signs of damage, yet the ship was clearly adrift. A true ghost ship, floating abandoned across the system.
In an attempt to unveil the mystery, she boarded it, hoping to find a clue on what befell this battleship & the crew.
Inspecting the equipment on board, it unveiled a part of the mystery. Its fittings indicated that the ship was used to close wormholes, securing the wormhole system from unwanted visitors.

But why was it left there? We might never know for sure. The most logical conclusion is that the pilot made an error as he rolled to close the wormhole link, stranding him on the wrong side.
But why abandon it there, in deep space, while there are stations present in the system? In a high security area nonetheless?

Whatever transpired, the pilot & crew left their ship, never to return, their fate unknown, leaving a large capable warship adrift in deep space. 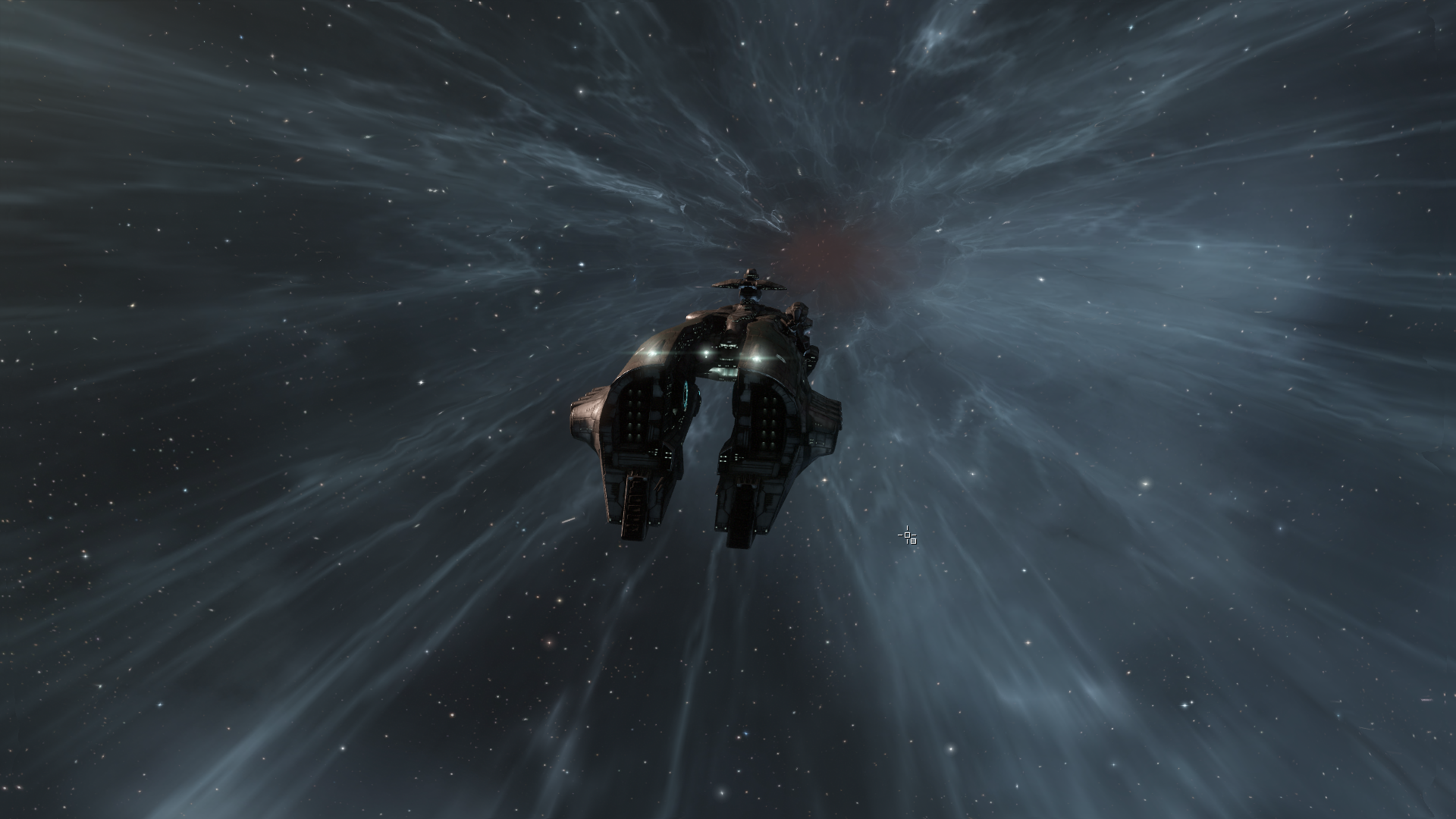