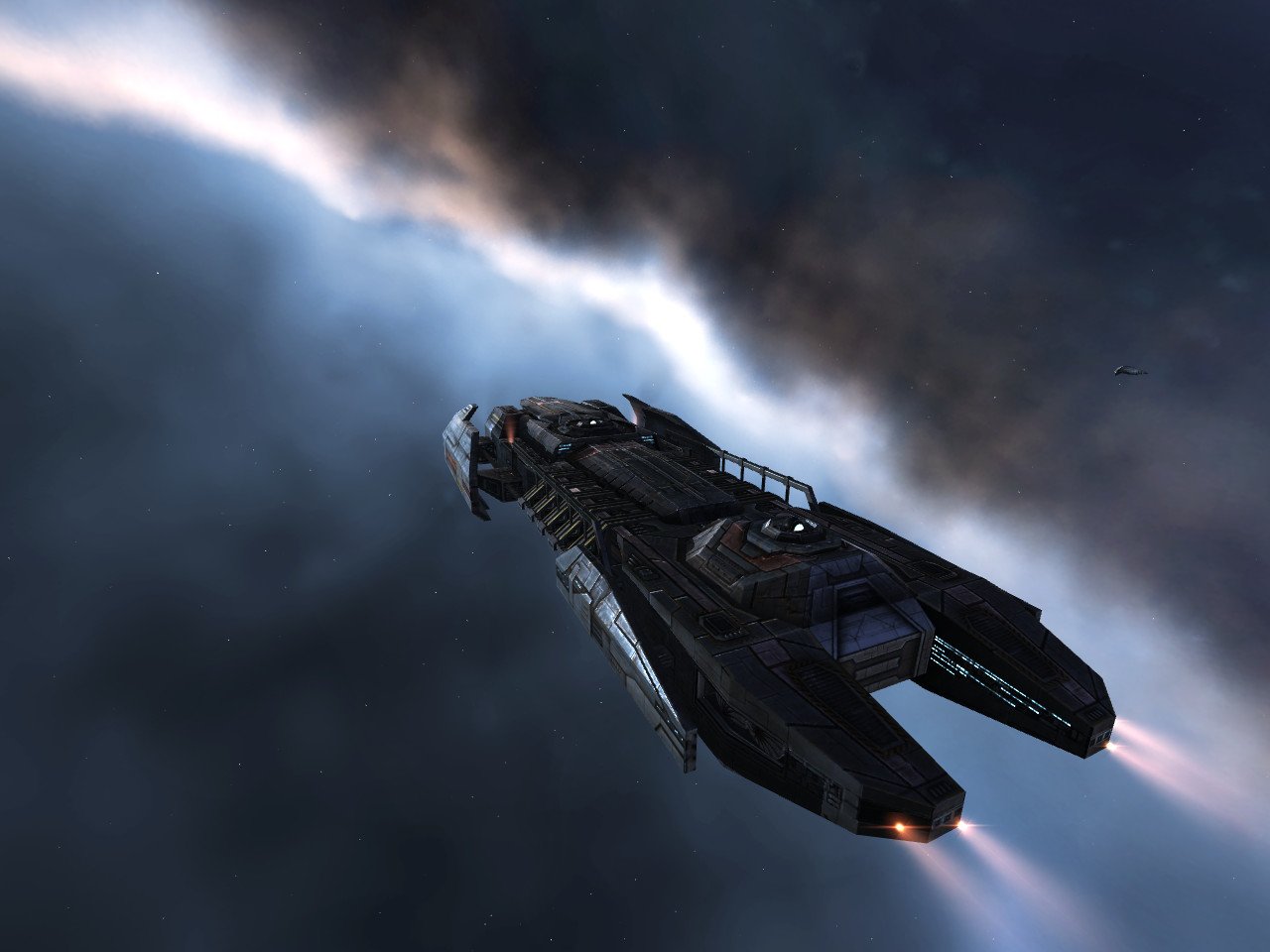 The Mackinaw, a common sight amongst mining operations across Eden's belts

Being a miner in the Eden cluster is a dangerous task. Many shady organisations are out there, looking for unsuspecting miners to gank or otherwise disrupt their activities for a variety of reasons, from eliminating competition to sheer 'fun'.
And this is the same in the Kamio system, where a capsuleer was flying his Catalyst, seeking an easy mining ship to blow up. As he continued checking belt after belt, he finally found a miner that didn't flee from him on arrival.
He began his approach, locking the Mackinaw and was about to fire when all of a sudden the miner broadcasts in local:

*Hey, I wouldn't do that if I were you, I got my resist modules up and running!*

Against all odds, the ganker broke off his attack run and replied back, complaining to the miner about these unfair tactics... Apparently, defending yourself is now unfair... The miner responded that the ganker is free to shoot at him, if he got the courage to pull the trigger...
This strange banter went on for a time, the miner teasing and poking the ganker into attacking him, while the ganker tried to respond with feeble excuses not to. At some points, people became confused on who was the ganker, causing some enjoyable mishaps in communications.
This culminated into a response from the ganker that gathered the comical attention of many in the Kamio system, namely;

*Screw this man, I'm not gonna risk my ship for a miner!*

After this, local exploded with chatter, laughter and comments about how the ganker lost his spine and the bravery of said miner to aggressively provoke the ganker. One of the locals responded that he would show how it is done! The Catalyst destroyer, a favorite among the ganker community

And he kept his word, he arrived on the field with his Catalyst, obtained his target and opened fire, resulting into the destruction of the gankers Catalyst! Concord arrived shortly after and blew up the attacking Catalyst.
When asked why he blew up the ganker and not the miner, he responded simply;

*I kill carebears, it was obvious which one it was.*

For this, many capsuleers on local cheered him, including the miner. To add an explanation, the term 'carebear' is used in the capsuleer community as a slur towards risk-averse capsuleers.
After this, local quieted down and life went on in the Kamio system.
Posted by Jandice Ymladris at 20:25