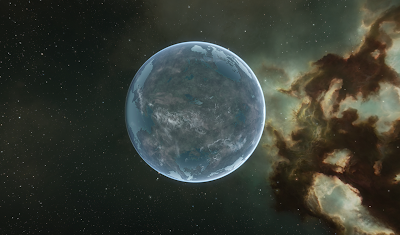 Seeing it from space, the world Caldari Prime looks so tranquil & peaceful

5 years ago, the Battle for Caldari Prime occured and in a way, both sides managed to achieve their objective. The Gallente managed to remove the Caldari Titan in orbit of Caldari Prime, whom they saw as a threat due to it's destructive doomsday weapon.
The Caldari managed to hold Caldari Prime against all odds, thanks to the relentless efforts of their loyal Dust mercenaries who fought for weeks against the Gallente war machine, cut off from Caldari support due to the planetary blockade.
Admiral Visera Yanala's sacrifice, ramming the Titan into Caldari Prime did help the defenders as it threw the Gallente ground forces into chaos.

The outcome was a truce, a treaty of peace between the State and the Federation. No ships of either nation would be permitted to patrol the planet's orbits, enforced by Mordu's Legion. Both sides would let their corporations manage their parts of the planet, a move that resulted in all the cities returned under Caldari control, while the Gallente governed the largest parts of the planet.

And because of this, every year, the people who fought & died at Caldari Prime are remembered, no matter which side they fought on, as both gave their best and won. The Gallente got a secured home system with the removal of the Caldari Titan. The Caldari kept their homeworld. 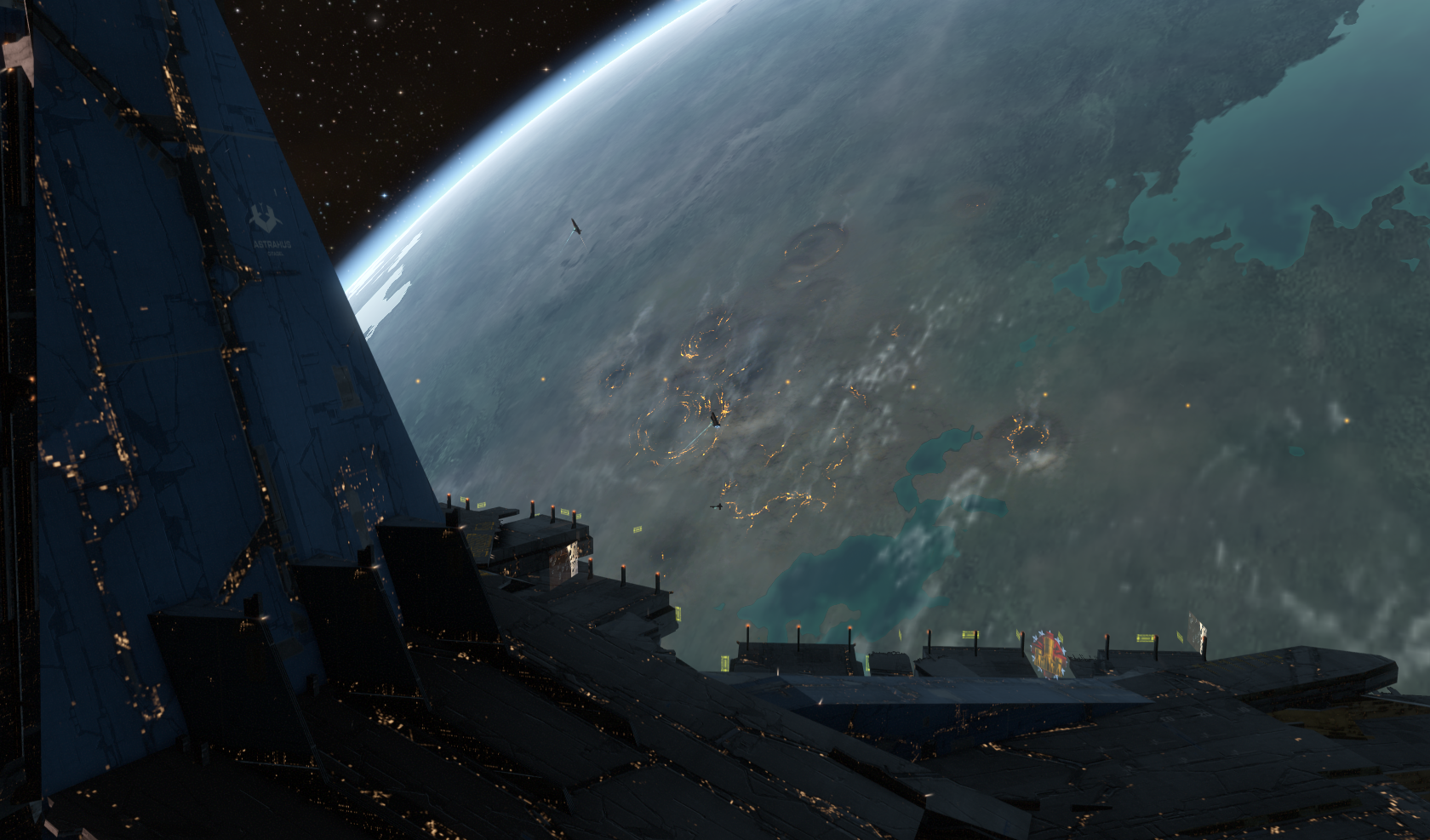 The 5th anniversary of the Battle of Caldari Prime

Several people gathered for this celebration, organized by Commander A9. They brought out their party ships, fitted with lasers & fireworks for impressive displays.
The event kicked of with talks about the battle itself, from capsuleers who were there to witness it to the aftermath that saw many events unfold, from Morwen Lagann's Heart & Home relief effort to the diplomatic efforts made by both the State & Federation to a lasting peace for Caldari Prime.
Not to mention the hugely successful first anniversary of the Caldari Prime battle! But we also talked about the many lives that were touched in direct & indirect ways. After all the Aurora Arcology foundation was a direct result of this battle. But it also saw a change of heart in many Dust Mercenaries, giving them a cause to believe in.
Links to many of the discussed events & occurrences can be found at the end of this article, to keep it all easily organized!

After this, people undocked and prepared for a visit to the old battleground. Today it is nothing more but space as the last of the wreckage has been salvaged or burned up in the atmosphere of the planet years ago.
Then people prepared themselves for a flyby under guidance of Commander A9, to honour the fallen of this battle. 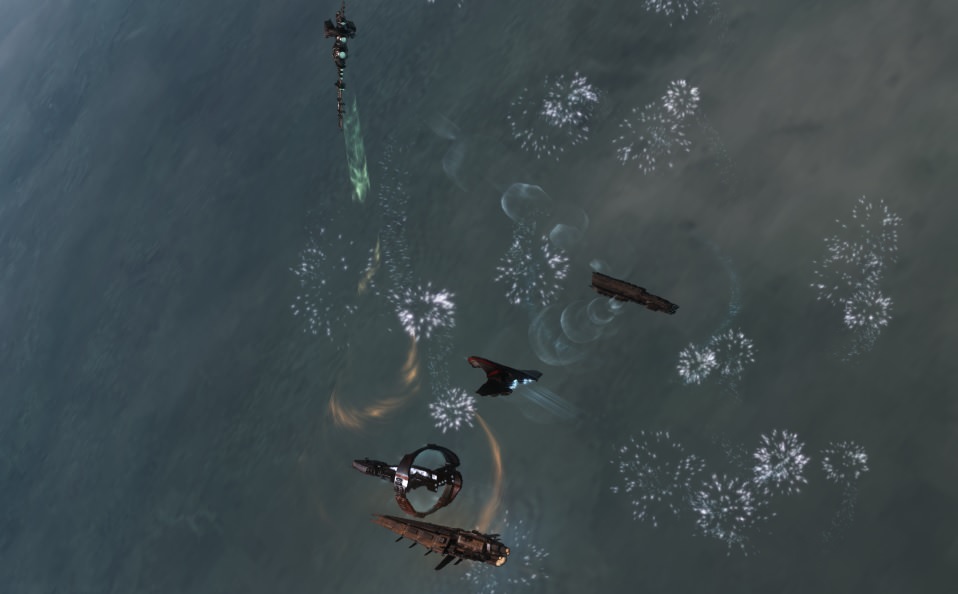 Preparing for the flyby over Caldari Prime

After the flyby, folks returned to the Memorial Citadel and all attendees received a festival launcher & 1000 charges of fireworks!
Now the party could kick of for real, with magnificent fireworks blasting in every directiong, showing people with colourful displays. 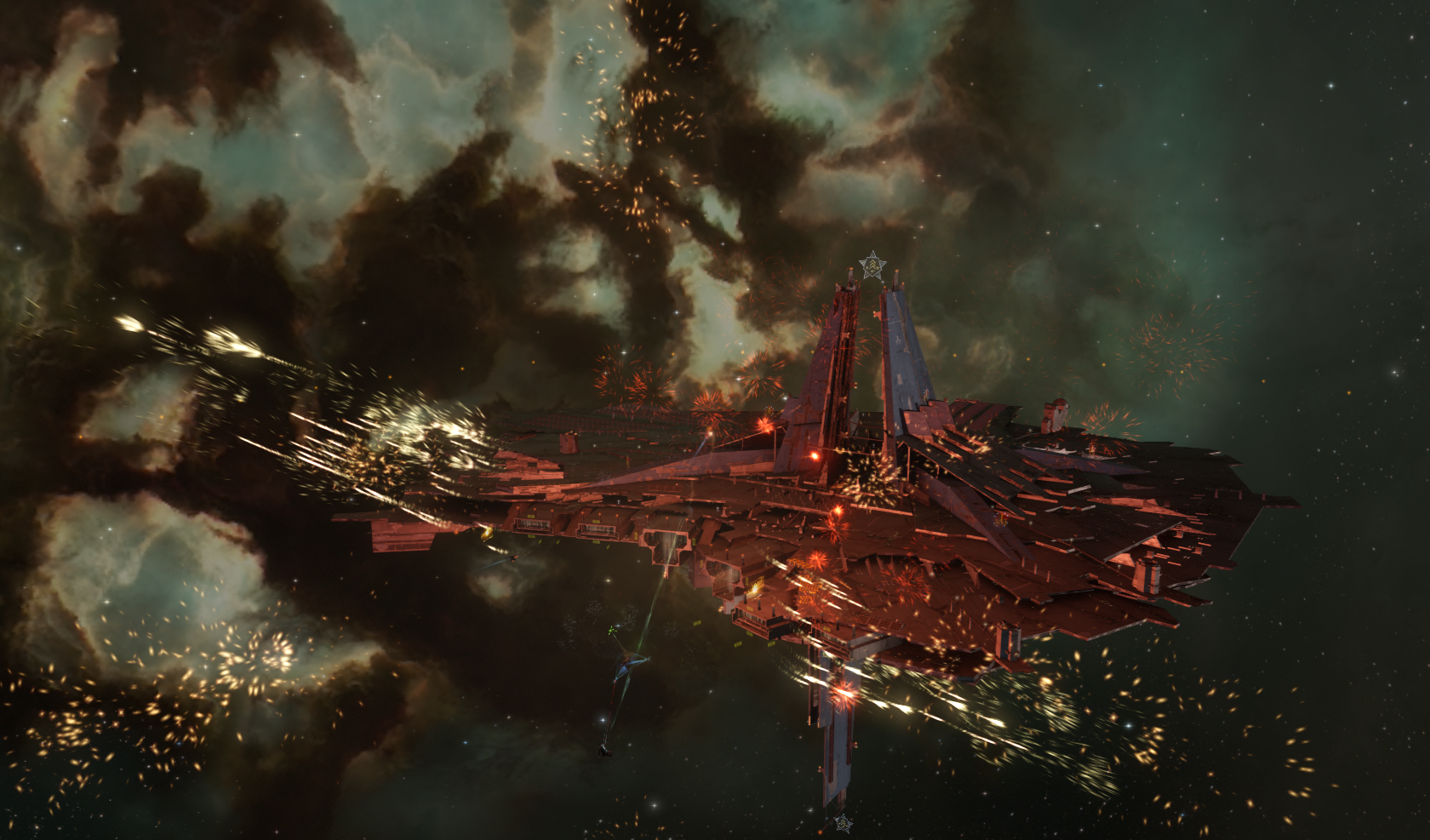 Painting the Memorial Citadel red with the glow of fireworks. One hell of a show!

During this, more capsuleers showed up, joining in the colourful & flashy celebrations. Not even death could stop one capsuleer from attending! Despite being podded enroute to the event, Francophobia just boarded a new ship with his fresh body & kept going. Despite the delay, he was very welcome, managing to catch the end of the festivities despite the major delay that death incurred on him!
And so the event closed, with the arrival of a death-defying capsuleer. people had a good time. The stories exchanged were great, allowing veterans to share their knowledge & tales with younger capsuleers who only read about these events.
And the fireworks displays were very impressive, showcasing how much it has evolved from the days of simple fireworks to the magnificent displays of today! 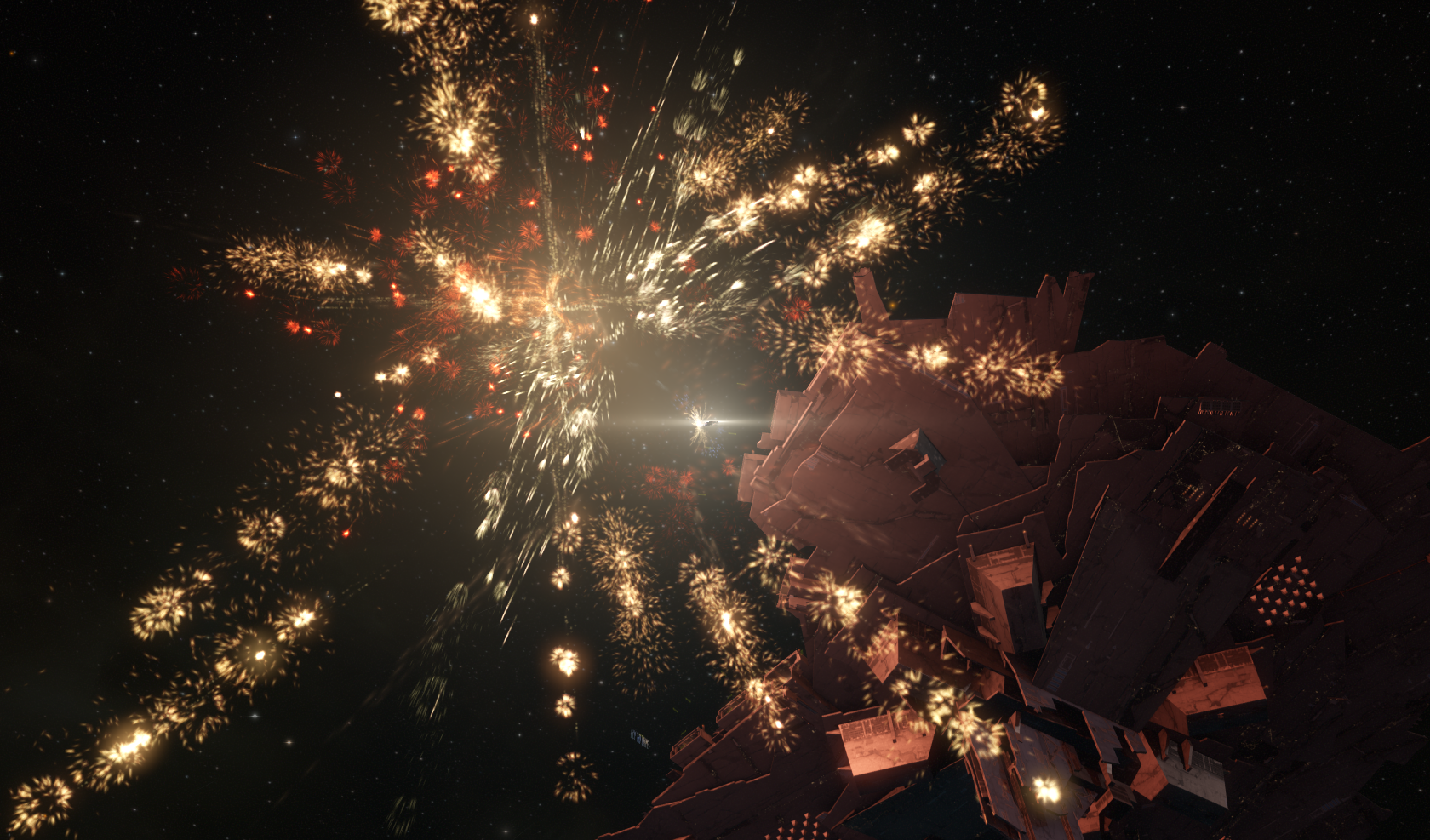 One last time, giving it all we got with our fireworks! Shades mandatory!

The event was small but enjoyable. those who didn't attend missed out really.
Below is a list of the stories & footage exchanged about the Caldari Prime battle, the events that followed & how it affected people.