The Arcology Convoy is an overwhelming success!

As mentioned in the article 'Aurora Arcology still under lockdown', refugees couldn't be transported freely to the Arcology. This was due to the rising thread of the Seekers & the presence of an unknown structure close to the Irjunen Arcology station.
However, as time passed, the various refugee camps set up in trade hubs filled up to maximum capacity. This forced the Aurora Arcology management to organize a transport for these people, before the situation would escalate.

Initially, the Convoy organisation happened in secret, as not to draw any attention from outlaws & thugs who enjoy ganking transports. But as time passed, it became clear that more support was needed to move enough refugees.
In order to draw more supporters, a decision was made for a public call for assistance to the Convoy.
The response to this call was beyond all expectations! Capsuleers of all ways of life offered to help out, either through transports, escorting or providing supplies!

I like to use this opportunity to thank you all, your outspoken support for the Arcology Convoy, either through public posting in the thread or through mail & private comms was amazing and moved me deeply!


Preparation for the Convoy

The organisation for the Convoy did take alot of time, not only were transports needed, but several other roles as well! Combat ships for escort, acting as deterrence to aggressors, scouts, to check ahead of the Convoy if the route is clear, command ships, to enhance & boost mobility & defenses of the fleet and logistic ships to provide assistance in case of hostilities.
On top of this, a good flight path had to be found as well, making sure the Convoy wouldn't pass any system with a high presence of gankers. With the help of the Live Event community, the initial planning of the flight path & Convoy roles went smooth. The Convoy was delayed for a week however due to heavy administration on my part.

When the public call for support went out, time was drawing closer to the Convoy launch date. The overwhelming support did cause some last minute reorganisations to accommodate a larger & slower fleet than anticipated, but the positive side was that all the planned roles were accounted for!

On Convoy Launch day itself, 7 February, capsuleers began arriving in the New Caldari Record station, allowing plenty of time for the refugees to embark on the various transports provided. After all, on 22H, the Convoy would depart, no delay would be allowed on account of the fleet's safety. However, due to the great support, the Arcology Convoy was able to take aboard all refugees! Now they had to arrive safely at the Aurora holding station... 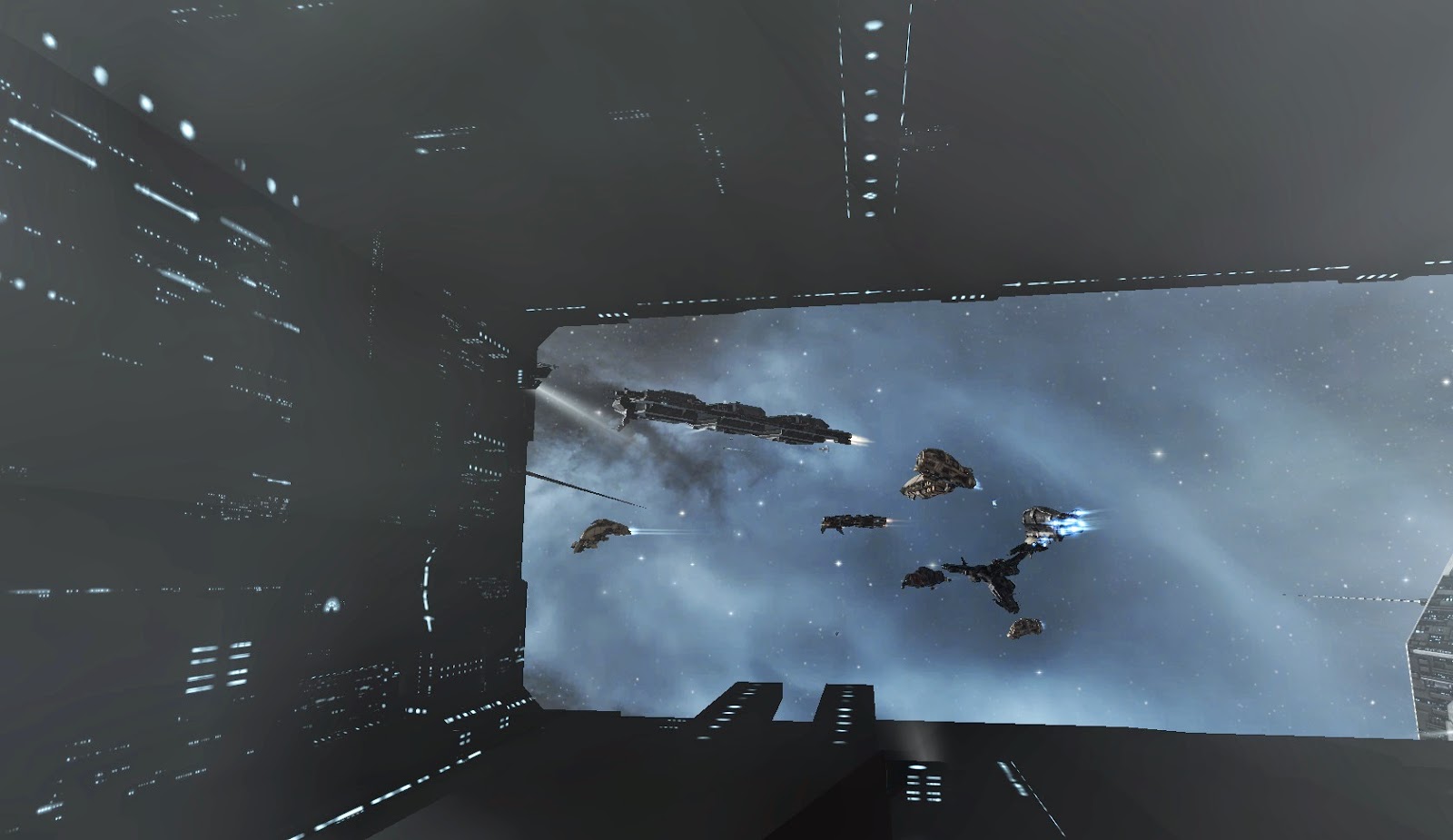 At 22H sharp, the 21 capsuleers forming the Arcology Convoy left the station. Once undocked, people could observe the large variety of transports in the fleet, from freighters to frigates, they all helped out in moving the refugees to safety! The Convoy participants are listed below: We are go for warp! Image by Khaprice


The Arcology Convoy is on the move!

And so it begins, at 22H , the convoy leaves the station. Initially, there was some small chaos, due to my inexperience regarding fleet communication protocols. This was quickly resolved however when I realized my error & left Feu dAstres in sole command of the Convoy. 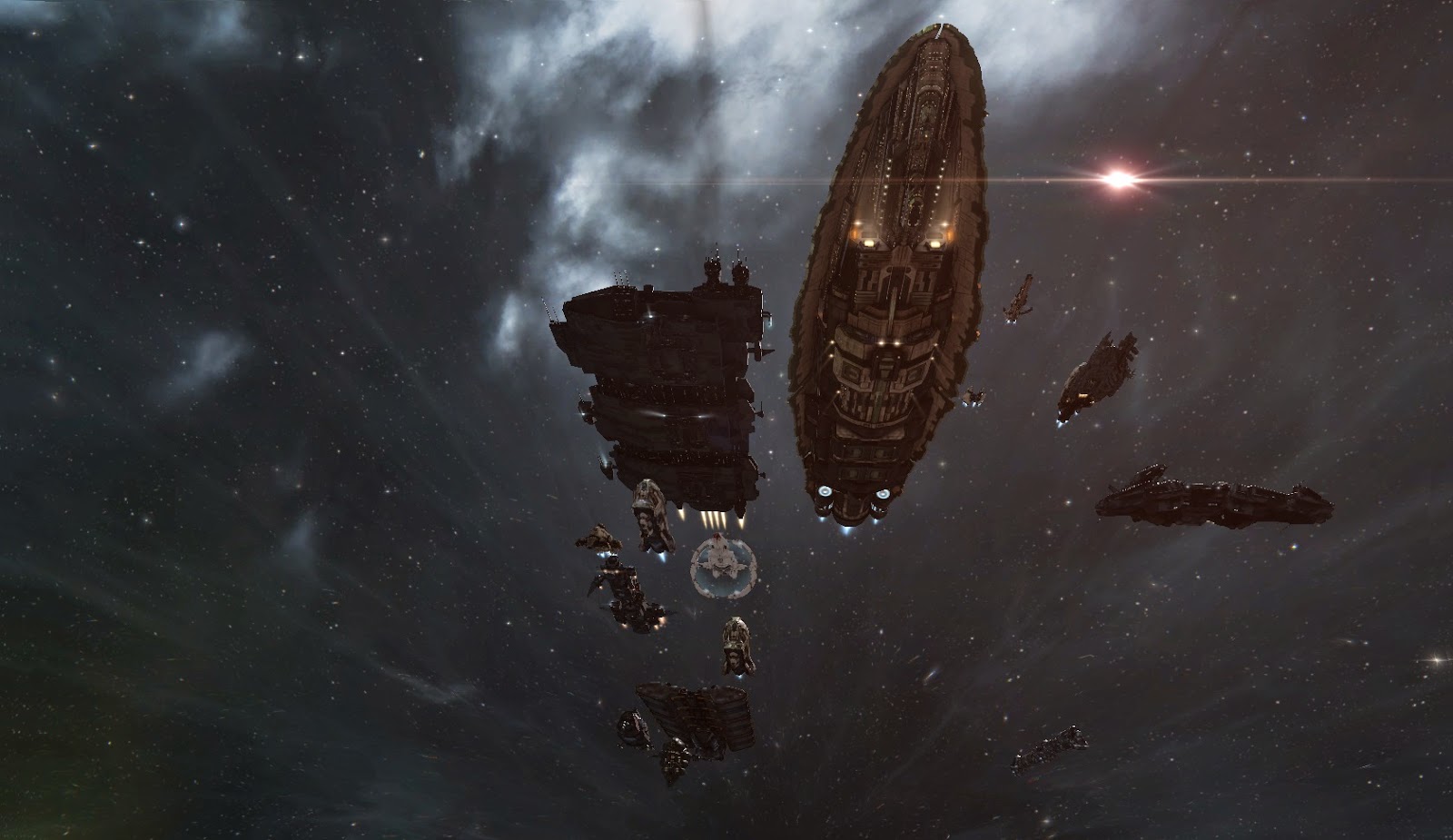 Thanks to the excellent scouting of Eran Mintor & Feu dAstres guidance, the Convoy could move swiftly from system to system in an orderly manner. Important crossroad systems that attract gankers, like Perimeter were avoided on the trip.
Several busy systems were crossed without any incident as everyone followed jumping procedures & awaited for the freighters to align.
However, a few jumps before arrival, a Minmatar Militia member was spotted. While he had no interest in the Convoy ships, he did pose a threat to Samira Kernher, who was part of the Convoy with her Deep space transport. Due to this, it was decided for the best that she split off from the Arcology Convoy & traveled to the destination at own insight to reduce her risk. The slow movement of the Convoy would expose her too much otherwise. 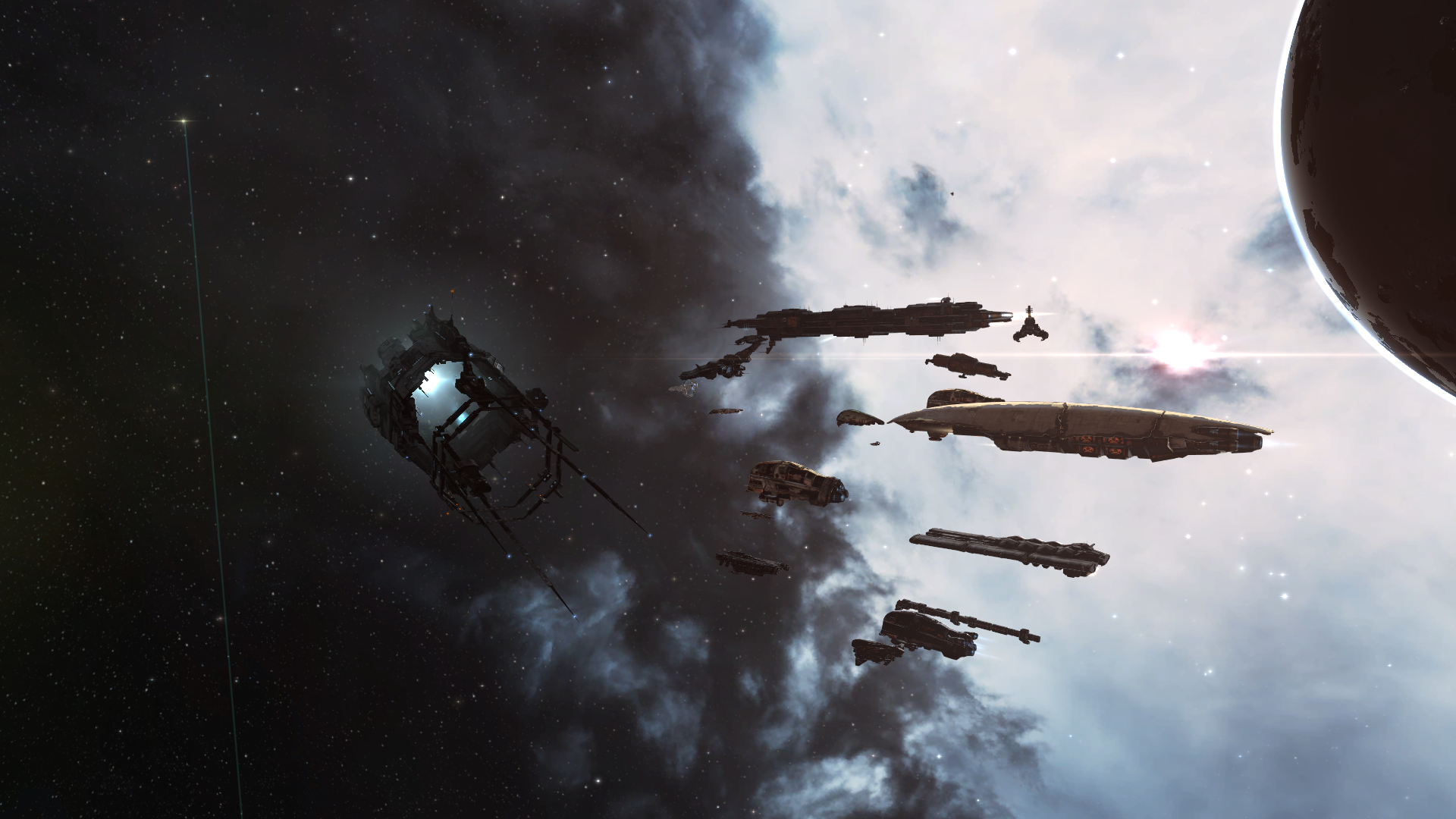 The Convoy leaving a gate, image by Charles Surge

Soon, the Convoy arrived at the Irjunen Food Provision Station, home of the Aurora Arcology project, with Samira Kernher & Eran Mintor awaiting our arrival! With more traffic on a single day then it usually sees in a few weeks, station traffic control had their hands full at coordinating the docking of the various Convoy transports!
The docking itself went smooth & people disembarked from the transports. For now they would remain in the temporary refugee camps set up, until they got fully cleared to enter the Aurora Arcology complex & receive their guidance to start a new life. At the end, most capsuleers had a drink at the local bar, the Skulking Furrier. While the place had seen better days, it was nonetheless a good way to have a drink & socialize with the various people who were part of the Convoy.
While it wasn't the fanciest of places, it did come stocked with a good selection of drinks & comfortable chairs, not a common sight in the State. The cheese on offer did attract alot of curiosity however.
I also used this opportunity to have a small speech, thanking everyone who participated in the Convoy & all those who supported the endeavour.

During all this, it gave the refugees time to leave the transports & get assigned a temporary home in the refugee camp set up for the Convoy.
Arcology Security & management on the other hand will have it's days full the upcoming weeks, with all the refugees. Considering that the last few months saw no incoming refugees & immigrants, it's good to keep them busy once again.
The delivery of supplies by the Convoy supporters will help a long way in assisting all these new refugees as well!

All in all, about 250.000 people have been moved! This number is far beyond expectations, but the Arcology has room to spare since it's last expansion & the several months of preparation for the upcoming immigration wave through the Convoy.

To avoid any assumptions from reading the list, a few deeper explanations regarding some of the people on the Convoy Passenger list.

The Freed Slaves are those who have been rescued from their miserable enslavement under Pirates, Black Market slavers & others. While Amarr are often targeted for their slavery practices, it's often forgotten that they are at least treated well compared to the unregulated slavery that happens in pirate compounds & illegal facilities.

The Rescued (Elite) Slaves are those who were rescued by the Amarr fleets during their various operations against Nauplius (see 'Blood Winery successfully destroyed' for more info on these & other operations against Nauplius)
These people have been entrusted to the Arcology & due to the horrors they faced, they will need a long & intensive care & guidance plan in order to be a functional part of society once more. It's expected that not everyone will make it, but the people responsible for the guidance administration will do their best to help as many as they can.

These people transported by the Convoy have been rescued or moved to the Arcology project by various capsuleers over the 3 months. A big thank to these capsuleers: Khaprice, Zhong Yuan, Samira Kernher, Zenariae, Sora Khamila, Kueyen, Argangtang Mulldan, Feu dAstres, Ace Echo & Diana Kim

Employees for the Nightclub L'Etoile Rouge

As a final note, once again my deepest thanks, the support I received was staggering. When organizing this Convoy, I wasn't sure on what to expect, but you all blew me away with your kindness & the numerous & near unanimous offers to support the Arcology Convoy one way or the other, despite not knowing the details of the journey.

Today, we all made the New Eden cluster just a little brighter, holding high the radiant light of hope in a universe of darkness.

The Arcology Convoy on the move, with an escort Scorpion watching in the dark
Image by Zenariae
Posted by Jandice Ymladris at 12:26