During a patrol on a Jove Observatory, pilot Aradina Varren noticed an unusual capsuleer ship wreck in Eystur. Concord had identified it as a Drifter ship kill, but it didn't match any known Drifter ship signatures.
This prompted Varren for a call out in the ARC comm channel to investigate the matter.

Various capsuleers responded to this call; Andrei Haiducul, Drake Wellington and Jandice Ymladris joined into the investigation. Arriving in the system, the unknown Drifter ship was seen flying alongside Autothysian Lancer drones at the local Jove Observatory, along with some wreckage from the unfortunate capsuleer amidst Autothysian Lancer wrecks 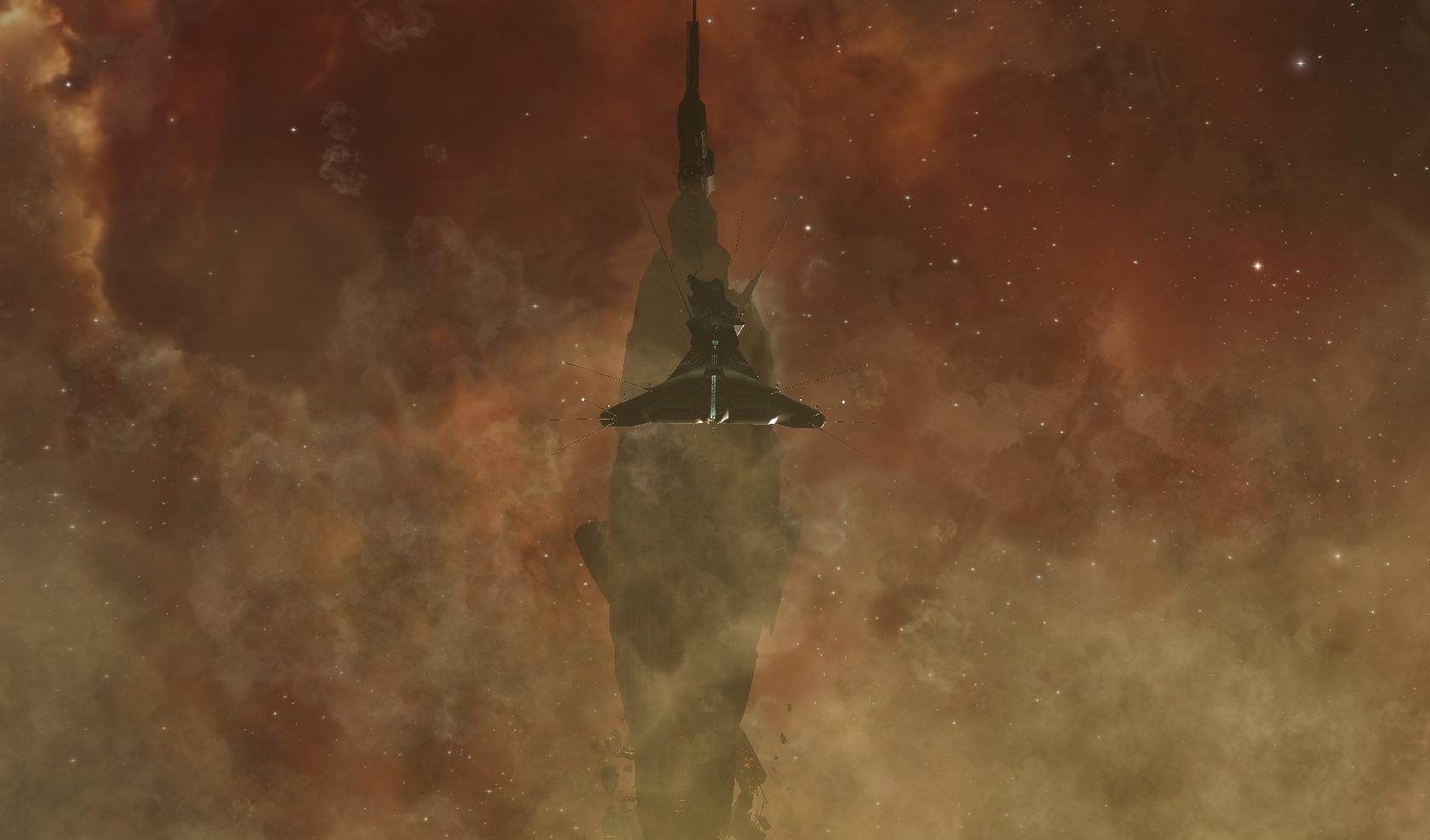 The strange Drifter ship, hoovering ominously in front of the damaged Jove Observatory

After observations, it was determined these were a new class of Drifters, smaller then their Battleships & fitted within the cruiser category. The Drifter flying it has been tagged 'Cassandra Tyrannos'  a previously unseen Drifter pilot category.
The wreckage around the Observatory revealed that the new Drifter ship was part of the reinforcements called by the Autothysian Lancers when they are under attack
Inspecting the ship at close range showed its heavy armament, this is one ship you don't want to provoke without caution!
Do note that this ship carries the Lux Xiphos gun, a lighter version of the battleship-grade Lux Kontos turret. 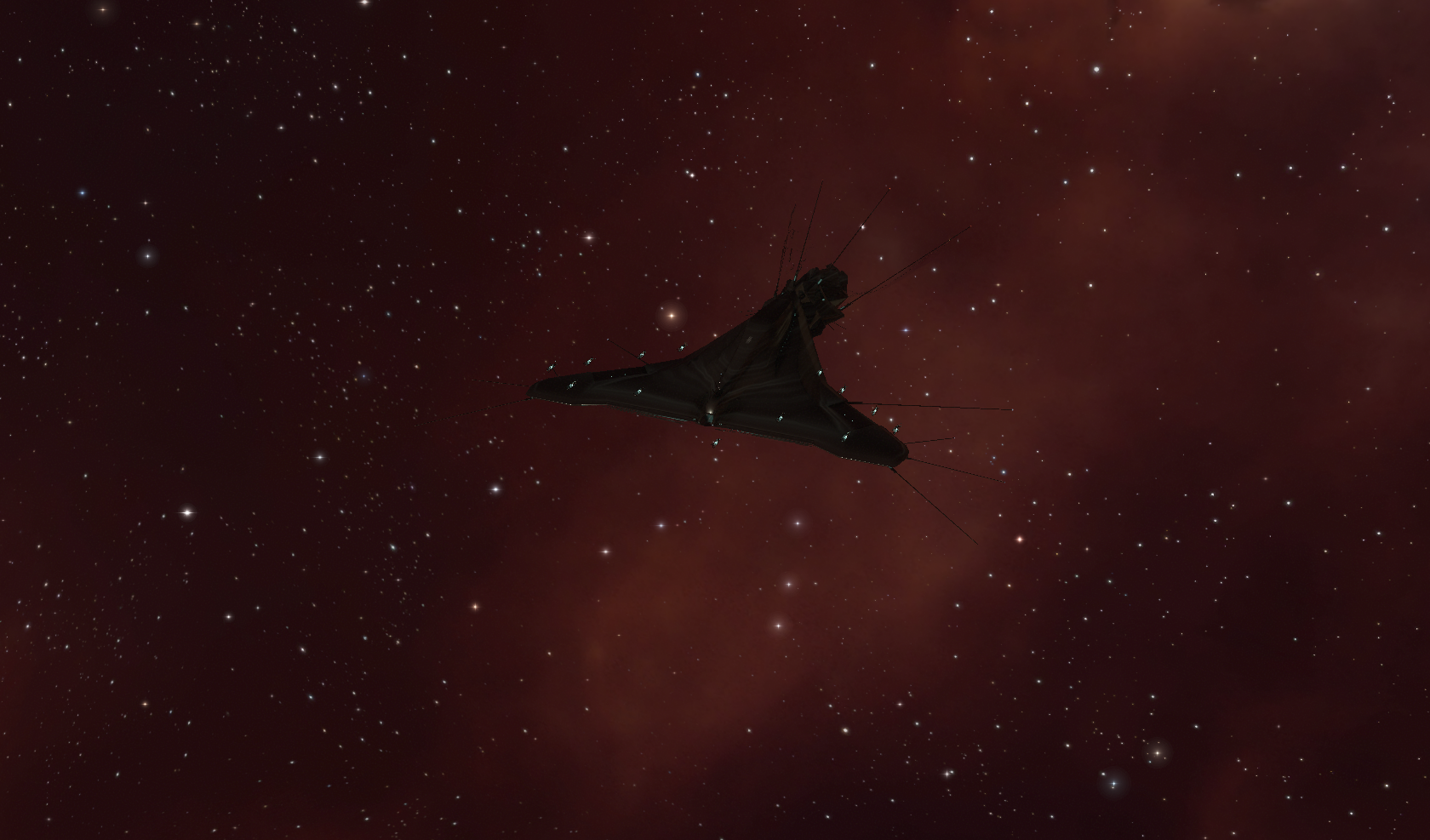 Each light is a Lux Xiphos turret, quite the powerful array of weapons for a cruiser-class ship!

Once all observation were done, without provoking them, we took it a step further & scanned their ships with various modules. The cargo was a classic for Drifters around the Jove Observatory systems, carrying the Antikhytera element, Sleeper data libraries & Ancient Coordinate databases. The ship module scanner was unable to penetrate their shielding.

When they warped to the Hadaugago gate, these Drifters turned aggressive & shot two ships without provocation, the Breacher piloted by Jandice Ymladris, equipped with scanning modules & a Burst frigate, piloted by a new capsuleer.
The worrying part is that this attack happened very randomly, shooting random targets as well, leaving the other members of our investigation team alone. No cargo was present, save some rocket ammo on the Breacher.

So for future investigators: beware!

As closing words, this is the first time since long that a new Drifter ship has been sighted, along with a new Drifter entity to accompany it. The Drifter cruiser & it's pilot, Cassandra Tyrannos haven't been seen before today!
So far, they've only been spotted as reinforcements after Autothysian Lancer drones have been attacked. A follow up investigation in Kaunokka by Oliver Aurelius & Drake Wellington confirmed this to be the case, locating several Cassandra Tyrannos piloting Drifter cruisers at a Jove Observatory, following a lone Autothysian Lancer drone.

Update on the new Drifter Cruisers & their abilities

Since this publication, another Drifter entity has appeared that is very similar: Orion Tyrannos, the male variant of Cassandra Tyrannos. They seem to be similar in every way but their gender.
Thanks to combat testings of various pilots, more is known about their damage dealing capacities as well.
Just like the Drifter battleships, these cruisers field a Doomsday as well that fires when their blue overshield is penetrated.
But the similarity ends there, as the damage is much lower & not equal; the weapon deals roughly 42.000 damage, mainly in the EM/Kinetic spectrum, so shielding yourself against these damage types allows you to absorb most damage.
The Lux Xiphos guns deal roughly 700 damage per second combined. So far initial investigations seem to indicate this is still omni damage, but further investigations are ongoing to confirm this. What we do know is that their cruiser gun tracking is excellent, far above that of their battleships.

Both types of Drifter cruisers are now observed patrolling alongside Autothysian Lancer drones, protecting them. They are also the go-to ships that reinforce the Lancer drone patrols call for help when under attack.
This behaviour to defend the Lancers can explain why these Drifters are more prone to fire at capsuleer ships that haven't shot them.
This is still a rare occurrence, but it is advised not to linger when Drifter cruisers are abound to avoid an unwelcome shooting party.
Posted by Jandice Ymladris at 23:07